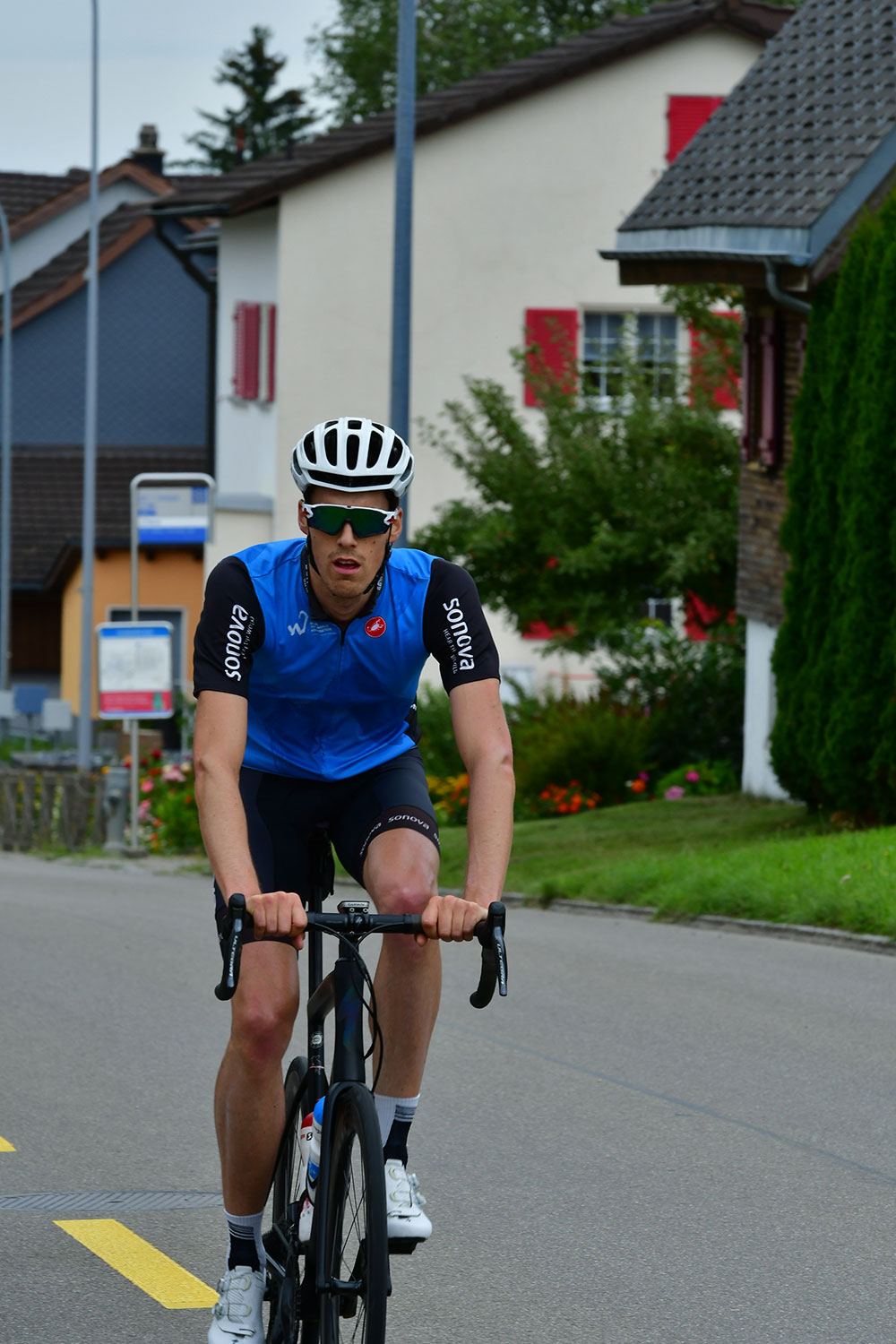 I went to Dr. Schnorr’s office at the beginning of August 2021. One of the things I went to see him about was a long history of issues in my right hip joint. I’d already had two hip operations during my long history; they even recommended hip replacement at my last consultation. A colleague suggested that I look into conservative treatment using platelet-rich plasma (PRP).

I’m thirty-four and in good physical shape, but I’d been suffering from debilitating complaints since the end of 2019 that had been worsening, preventing pain-free movement in everyday life, and disturbing my sleep. Any kind of sport was out of the question. The pain sometimes felt like tugging, sometimes stabbing, sometimes a serious combination of irritation and pain.

At the first visit, the doctor discussed the situation with me in detail after gathering information from my account of the symptoms as well as my disease history records, clinical and ultrasound findings, and current radiological results.

To help me understand the situation better, Dr. Schnorr explained what effects should be expected and monitored from orthobiology (biosignalised treatment of the musculoskeletal system) and the methods used, especially platelet-rich plasma (PRP) therapy, and the scientific fundamentals and limitations that apply.

The doctor explained that the completely conservative orthobiological setting on the serious hip problem that I had would only affect the symptoms, capsular motility (by stimulating the elastic function of the capsular ligament structures of the hip) and tendon insertions into the muscles around the hip.

He got straight to the point on the limits of treatment using this method. I was not to expect any change in the heavily modified hip joint structure. Strictly speaking, they had been perfectly justified in discussing and recommending hip replacement.

We also discussed surgery to preserve the joint due to the changes in the bone around to the joint. Intraosseous treatment, which involves a kind of injection into the bone at the joint members, may help stave off total hip endoprosthesis for a time in some cases. Dr. Schnorr consulted his office colleague Dr. Ursus Lüthi on using this treatment.

The very next day, they reported back to me that this otherwise beneficial approach was not indicated in my case with respect to the surgeons at FIRST, Dr. Luthi and Dr. Schnorr, considering all the outcome, risk, and cost factors involved.

I opted for the triple injection treatment with platelet-rich plasma as suggested.

Movement began to feel easier just seven days after the first injection to the hip. The second infiltration came after the slight benefit from the first. I went to see Dr. Schnorr again for the third infiltration after seven more days. At this point, I still experienced occasional slight hip symptoms in the evening after standing for longer periods throughout the day, and I was already very satisfied with this development.

I had started to feel pain in my right knee in the meantime; this was sporadic and felt like pressure and sometimes a stabbing sensation under the kneecap. Ultrasound showed activation of a fat pad in the joint, the suspected cause being improper weightbearing on the leg axis due to my hip problems. Dr. Schnorr recommended laser therapy (photobiomodulation), a painless and risk-free procedure, and advised against third infiltration to the hip as this was no longer necessary.

I went back to the doctor for follow-up in mid-November 2021. I am extremely happy with the hip outcome. I have hardly any issues now. I can live very happily with this situation. My knee has also undergone significant improvement with an occasional brief stabbing sensation. We’ve agreed to conclude treatment, albeit with supportive ointment for topical application to the knee.
I’d already heard of these methods although I wasn’t familiar with them, and some came with varying expectations on outcome. Even so, I wanted to go through with it. I noticed slight initial pain relief just after the second laser application. The pain died down significantly the very next day after PRP infiltration on the tendons and nerves. I slept soundly throughout the night for the first time in ages and was able to get out of bed without pain the second day after infiltration. This felt incredibly good.

I underwent laser therapy within two and a half weeks with intermittent PRP treatment. A second round of PRP infiltration was actually planned but they advised me against it as I was almost completely symptom-free at this stage. I needed support while regaining my strength in the weeks after the treatment regime, but I ultimately no longer needed the brace. I still had 10% residual symptoms from 100% initial symptoms four weeks after initial presentation at the practice; my doctor advised me that these should also have a chance of disappearing in my own physical activities.

And indeed, they’re gone. After almost two years of abstinence from exercise, I can finally enjoy physical training, sports, and free time as much as I want, and I’ve happily recovered my work-life balance. Thank you so much for all your support!