Home/myPRP/One unlucky step too far, one lucky step back in the right direction. 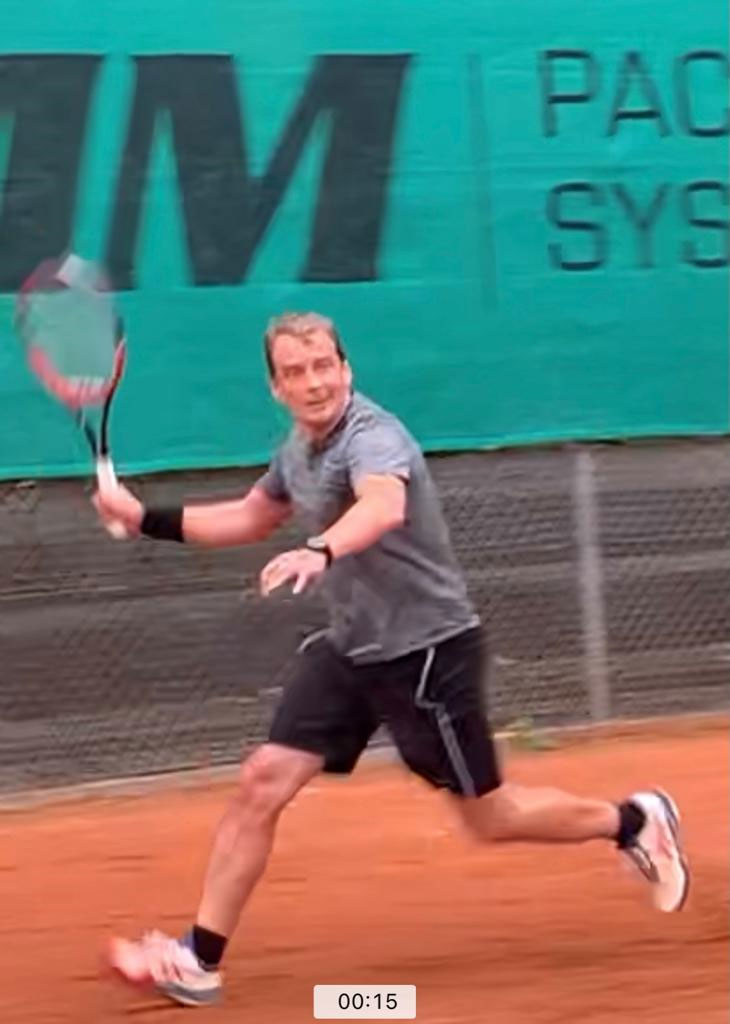 May 2021
Achilles tendon rupture and PRP-Therapy

All it took was a quick step towards the tennis ball and that was that. It wasn’t the racket that hit the ball, it was my foot and not the racket strings but my right Achilles tendon that tore on 4 October 2020. I arranged an appointment at FIRST for consultation and examination on 5 October 2020. Ultrasound showed that my tendon was indeed torn through.

We discussed the options in a detailed assessment of my condition – conservative, that is, non-surgical, and surgical treatment. This was followed by consultation on the risks, opportunities, and the time it would take to restore the tendon’s loading capacity for everyday life and possibly even sports. I’d already taken a detailed look at the scientific data and phoned a sports medicine clinic where they immediately suggested surgery. There was an open and frank discussion about the heavily conflicting data on treating Achilles tendon using the body’s own coagulation cells in what’s referred to as platelet-rich plasma (PRP), a non-surgical form of treatment. I was already familiar with the highly positive outcomes from using this procedure on other injuries and diseases of the musculoskeletal system from other members of my family. These extremely positive results that I’d already known about were one of the reasons I took this option.

The first puncture session took place on 12 October 2020 using ultrasound with thrombosis prophylaxis and a special shoe, and the remains of the bruise (seroma) were removed. Then PRP was injected with high precision into the torn ends of the tendon and supply tissues in front of the tendon.
Ultrasound examinations sixteen and twenty-eight days later were performed to check for an increase in inflammation due to increased blood vessel formation in addition to elastography to determine the extent of new fibre formation in the tendon. Elastography, I was told, measures resilience through pressure gradients and thus tissue tension in the newly forming tendon towards evaluating the resilience of the new scar and tendon tissue throughout treatment. The two ends of the torn tendon had already joined together in these initial examinations, although I obviously wouldn’t have been able to load the join at this point. They followed a clearly defined protocol at each stage from the time I was able to load the foot and subsequently increase the load on the foot and even flex it. The tendon underwent a further PRP session using ultrasound control on the twenty-eighth day. Excessive tissue activity (as shown in a vascular sound examination) and slight fluid accumulation had to be dealt with during treatment.

After six weeks I was able to walk quite well wearing a stable orthopaedic shoe although still with restrictions, and I was able to step up to a jog briefly after ten weeks. After three months I began with sports shoes and a light exercise programme gradually increasing the load. They’ve now allowed me to play light tennis seven months after the accident, but no sprints to the net to err on the side of caution. As a scientist involved in cell processes, I’d already taken a good close look at this treatment, and I think my decision to take this option has turned out right.
I appreciate all the support and targeted treatment in which I, as a patient, always felt safe in controlling the load while actively participating in my own achievement thanks to information and assistance I have been given. Thank you so much!