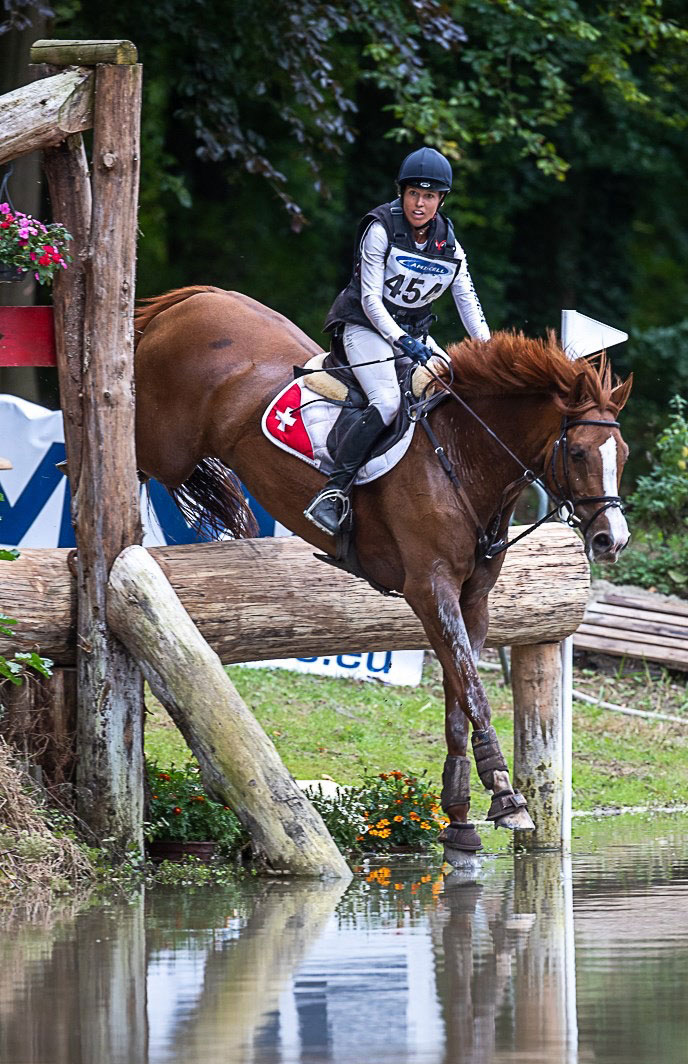 The 2020 Olympics won’t be happening due to the current situation, but I’ve still made firm plans as a member of the national team at the next Olympics. I’ve planned my preparations in close coordination with training and actual horse trials. My focus is on the Tokyo 2021 Olympics.

I took a fall – a fall from a horse in August, resulting in a painfully dislocated shoulder; this isn’t unusual as injuries go. I instantly realised that an operation would set me back a long time. A riding colleague had told me about conservative treatment options that I absolutely wanted to explore before agreeing to an operation. I came to FIRST.

The preliminary consultation was quick, consisting of an appointment for an MR arthrogram on the shoulder with contrasting agent and a consultation with Dr. med. Schnorr and Dr. Lüthi on conservative treatment and surgical procedures, balancing up options and expectations.

MRI showed typical dislocation injuries with a Hill-Sachs lesion – a partial bone injury – a Bankart lesion to the lower labrum that forms a lip or rim around the joint, and an intratendinous tear, a tear within a tendon, the supraspinatus tendon in my case. Surgery would definitely have involved a three-month rehabilitation period, so they recommended a conservative approach with PRP (platelet-rich plasma). A friend had told me about the PRP method, which was then explained to me in detail.

The first of two ultrasound applications with PRP to the injured tissue took place just ten days after the accident, the second session following on seven days later. The in-house physiotherapy department initiated occlusion therapy for muscle maintenance and supporting cell activation in tandem with the PRP treatment.

I tolerated the infiltrations very well. After initially feeling wound pain that had been explained to me beforehand, I felt a massive reduction in pain and could even start moving my shoulder without pain on the third day.

An ultrasound follow-up two weeks after the second application gave a positive overall result, and I was increasingly able to load my shoulder.

Physiotherapy close to my home and planned increase in load led to a rapid recovery in shoulder function, even with physical exertion. I took part in my first competition – showjumping – just nine weeks after the first treatment, and I won it! I was able to load my shoulder without pain almost as much as before the riding accident. I’ll be keeping on with muscle-building therapy in training therapy.

The medical team and I are more than confident that I’ll be fully able to take part in the 2021 season horse trial, and that I’ll be ready for the Tokyo Olympics in 2021.